Our forthcoming concert “Angels in The Architecture’ for Beverley Early Music Festival, Saturday 29th May 2021 will be filmed and available to watch online here:

Welcome to the second song in our series ‘Angels in the Architecture’ for The Beverley Early Music Festival, celebrating St Mary’s Church, Beverley and its curious carvings.

St John of Beverley, founding father of the town, features in several carvings and roof bosses at St Mary’s. In 2021 Beverley celebrates the 1,300th anniversary of the Saint’s death (May 721). A good time to sing Gaude Mater Ecclesia (Rejoice Mother Church), a C15th chant for the feast day of St John of Beverley (9 May), transcribed, edited and translated by Leah Stuttard. This is the first performance in modern times.

The chant tells of the saint’s miracles, but the fact that this fragile piece of music has survived at all is a kind of miracle. It was written down in the middle of the fifteenth century, in a chant book known as The York Gradual, from the parish church of East Drayton, Nottinghamshire, in the archdiocese of York. A century later, King Henry VIII dissolved over 800 monasteries, and many precious libraries were destroyed. The new owners of these former religious houses saw no value in old manuscripts, except as raw material for scouring candlesticks, cleaning their boots, or even as loo paper!:

‘A great nombre of them whych purchased those supertycyous mansyons, resrved of those lybrarye bokes, some to serve theyr jakes [toilets], some to scoure candelstyckes, and some to rubbe their bootes. Some they solde to the grossers and soapsellers…’ – John Bale, 1549

Leah has written a fascinating blog post about our chant here

and you can have a close look at the York Gradual here.

We think this chant is likely to have been sung by men. We know it was sung each year on the saint day of St John of Beverley. 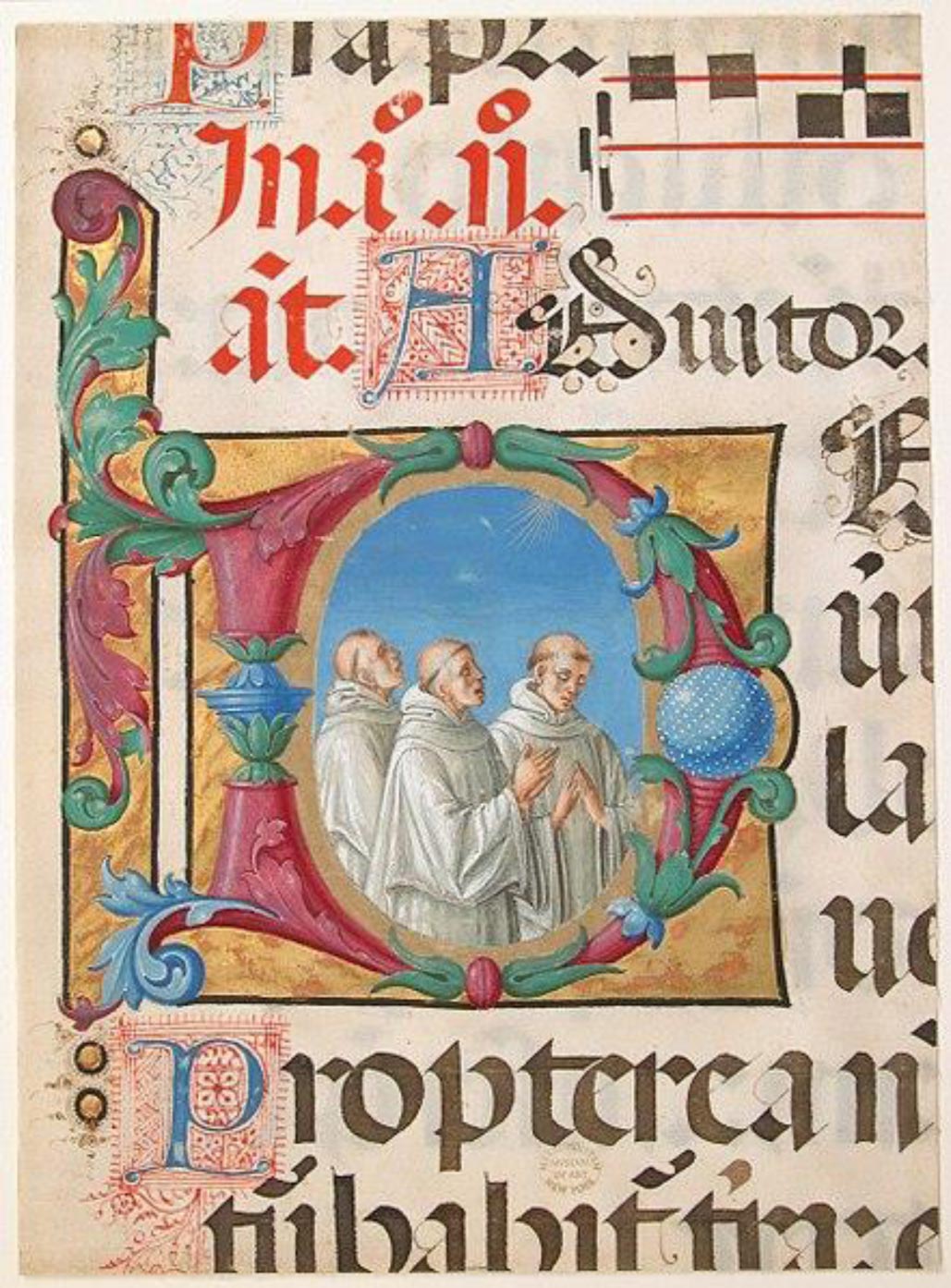 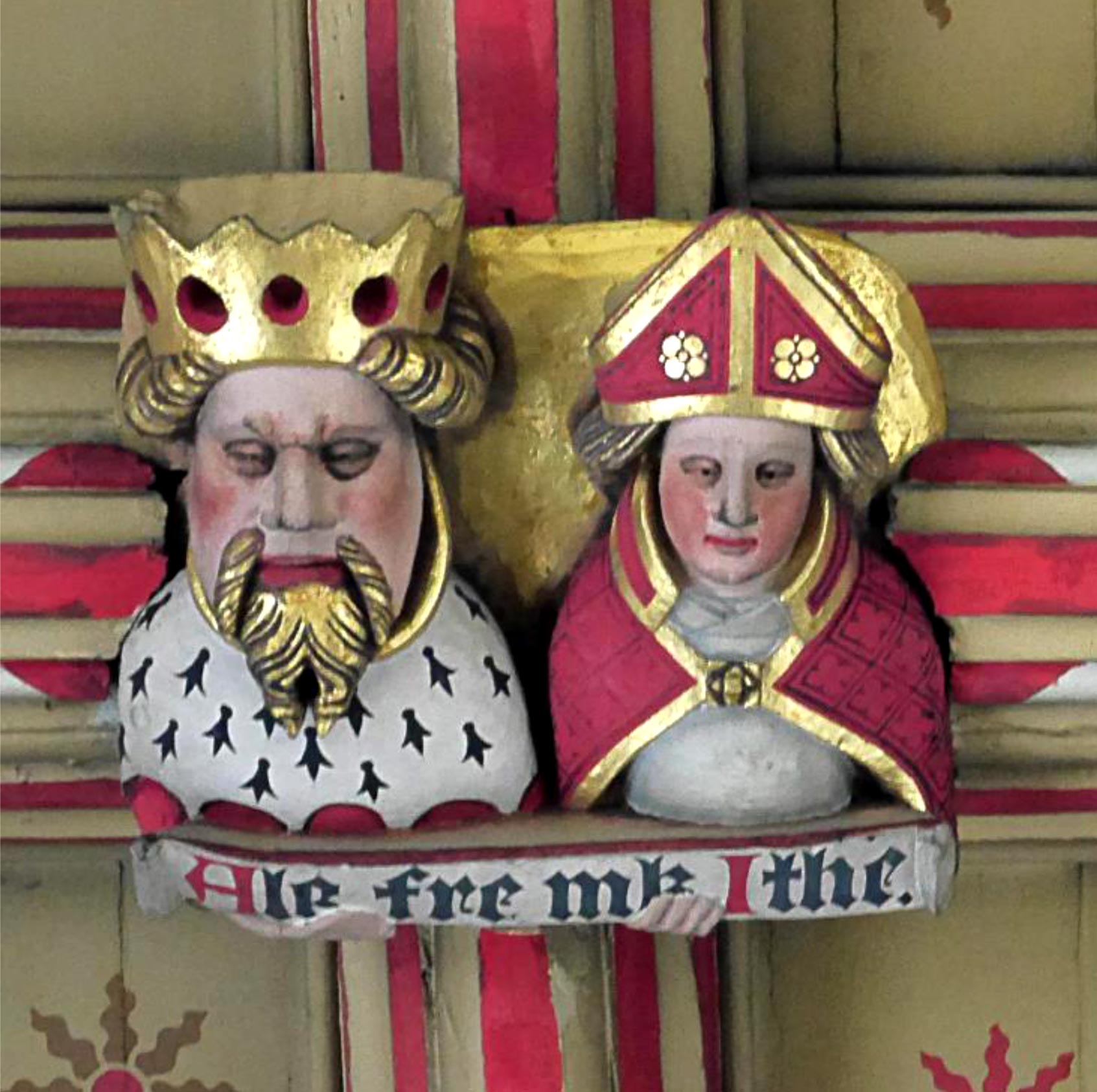 St John features in at least two of the bosses, together with Æthelstan, one of the first kings to adopt John as his special saint, a theme explored here by Jennie. After Aethelstan, many kings visited John’s shrine, including King Henry V in 1421. He attributed victory at Agincourt to St John, and made him one of the patron saints of the royal family.

We know that St John was especially venerated in the North of England. He is often associated with the victory of British kings in battle, but less well-known is that St John is the earliest recorded teacher of a deaf person. His student, the Venerable Bede, tells us that John taught a deaf-mute boy from Hexham to read and speak, and is the patron saint of teachers of the deaf. More stories of John’s life, works and legacy can be found here.